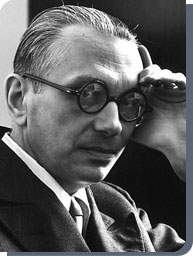 In the philosophy of science, reductionism is commonly equated with the idea that all sciences are reducible to physics, in other words that all phenomena can be explained in terms of physical matter and forces. Human experience can be reduced to the activation of neurons in the brain. Life can be reduced to the chemical reactions of molecules.

To some it is "an attractive theory that is getting ever closer to reality". To those of us in the post-materialist movement, reductionism is the ugly stepchild of materialism. But why? What's wrong with simplifying nature to its lowest common denominators?

To answer that question, The Kurt Gödel Circle of Friends in Berlin, with the support of the University of Wuppertal, created the Kurt Gödel Prize, with a cash purse of 15,000 Euros for the best three essays. And the winners are...

... by restricting our attention to just the physical level, we lose sight of the very phenomenon we were studying. It disintegrates under our very eyes.