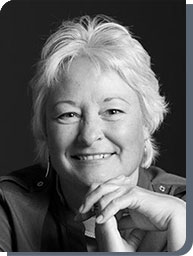 The Consciousness and Transformative Studies program at John F. Kennedy University, located in the San Francisco Bay area and established in the late 1970s as the first accredited Masters in Consciousness Studies, stands as a leader in this field.

Robert Newman's The Brain Show targets the failings of neuroscience

In his new act The Brain Show British comedian Robert Newman targets the failings of neuroscience in assuming that brain equals mind, saying “the idea that the brain is a wet computer is a philosophical assumption, not a scientific idea”.

After volunteering for a brain-imaging experiment meant to locate the part of the brain that lights up when you're in love, Rob emerges with more questions than answers. Can brain scans read our minds? Are we our brains? If each brain has more connections than there are atoms in the universe, then how big will a map of the brain have to be?

“Maybe what we’ve discovered is the bit of the brain that lights up when we spot an elementary conceptual blunder in experimental design.”

Starting on April 15, 2016 the Institute for Venture Science (IVS) will be accepting pre-proposals for the funding of unconventional scientific investigations that challenge mainstream paradigms. Early submittal is key as they may need to limit the number of submissions; the deadline is June 25.

IVS is interested in a wide range of subjects, from gravity, magnetism, relativity and the physics of water to consciousness, NDEs and remote viewing to cancer and global warming. They hope to foster breakthroughs that will enrich the world and create solutions for otherwise intractable problems.

"The Institute for Venture Science (IVS) will fund high-risk, non-traditional scientific inquiries that may produce fundamental breakthroughs. We identify the most promising challenges to prevailing paradigms. We then simultaneously fund multiple research groups worldwide for each selected challenge."

"The IVS will fund the idea, not just the person advancing that idea. That is, it will seek out and fund multiple groups using diverse approaches to pursue the same unconventional idea. A dozen – even a half dozen - groups cannot be ignored. Challenger and orthodoxy will therefore compete on equal footing, and the better of the two approaches will soon prevail." 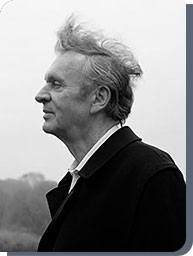 The world of science is in the midst of unprecedented soul-searching at present. The credibility of science rests on the widespread assumption that results are replicable, and that high standards are maintained by anonymous peer review. These pillars of belief are crumbling. In September 2015, the international scientific journal Nature published a cartoon showing the temple of “Robust Science” in a state of collapse. What is going on?

Drug companies sounded an alarm several years ago. They were concerned that an increasing proportion of clinical trials was failing, and that much of their research effort was being wasted. When they looked into the reasons for their lack for success, they realized that they were basing projects on scientific papers published in peer-reviewed journals, on the assumption that most of the results were reliable. But when they looked more closely, they found that most of these papers, even those in top-tier academic journals, were not reproducible. In 2011, German researchers in the drug company Bayer found in an extensive survey that more than 75% of the published findings could not be validated. 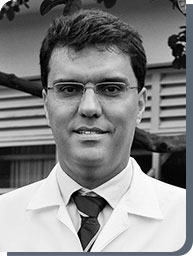 Based on surveys showing the relevance of religion/spirituality (R/S) to most of world's population and on more than 3,000 empirical studies investigating the relationship between R/S and health, it is now well established that R/S have significant implications for prevalence, diagnosis, treatment, outcomes and prevention, as well as for quality of life and wellbeing.

The statement stresses that, for a comprehensive and person-centered approach, R/S should be considered in research, training and clinical care in psychiatry. It will be published as a paper at the February 2016 issue of the WPA journal World Psychiatry.

Alexander Moreira-Almeida, MD, PhD
- Associate Professor of Psychiatry, School of Medicine, Federal University of Juiz de Fora (UFJF), Brazil
- Director of the Research Center in Spirituality and Health (NUPES) at UFJF, Brazil
- Chair of the Section on Religion, Spirituality and Psychiatry of the World Psychiatric Association

Do Life and Living Forms Present a Problem for Materialism?

This essay by Ashish Dalela was written in response to the call for essays by the Royal Institute of Philosophy for their yearly essay contest. For those concerned with post-materialist science, it's a worthy read.

An assumption implicit in this question is that non-living objects probably don’t present a problem for materialism, because if that weren’t the case, we would be asking if materialism is a sound approach for all of science and not just the study of living forms. In this essay I will argue that: (1) the problem of materialism is not unique to living forms, but exists even for non-living things, and (2) the problem originates not in materialism per se but from reductionism which reduces big things (or wholes) to small things (or parts). Reduction has been practiced in all areas of science – physics, mathematics, and computing, apart from biology – and it makes all scientific theories either inconsistent or incomplete. This is a fundamental issue and cannot be overcome, unless our approach to reduction is inverted: rather than reduce big things to small things, we must now reduce the small things to big things. This new kind of reduction can be attained if both big and small were described as ideas: the big is now an abstract concept while the small is a contingent concept, and contingent concepts are produced from abstract concepts by adding information. This leads us to a view of nature in which objects are also ideas – just more detailed than the abstractions in the mind; the abstract ideas precede the detailed ideas. When the reduction is inverted, a new kind of materialism emerges which is free from its current problems. This materialism presents a new theory of inanimate matter, not just living forms.

Consciousness for a New Generation : Introducing the University of Washington-Bothell Minor in Consciousness 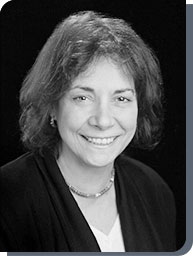 In One Mind, a sweeping journey through the landscapes of consciousness, Larry Dossey says “I know a way out of hell.” (2013) Hell, of course, is the mess we humans have created for ourselves and for all the inhabitants of this fragile biosphere as a direct result of the limited and limiting materialist mindset that has dominated science since the 17th century. It may or may not be too late for humans to pull back from the brink, but one thing is clear: without the widespread recognition that we are nonphysical beings enjoying a physical existence that is embedded in a vast multidimensional reality we cannot hope to begin the journey back to a sane and healthy future.

Does the brain produce the mind? A survey of psychiatrists’ opinions

Psychiatrists’ views on the mind-brain relationship (MBR) have marked clinical and research implications, but there is a lack of studies on this topic.

To evaluate psychiatrists’ opinions on the MBR, and whether they are amenable to change or not.

We conducted a survey of psychiatrists’ views on the MBR just before and after a debate on the MBR at the Brazilian Congress of Psychiatry in 2014.

Initially, from more than 600 participants, 53% endorsed the view that “the mind (your “I”) is a product of brain activity”, while 47% disagreed. Moreover, 72% contested the view that “the universe is composed only of matter”. After the debate, 30% changed from a materialist to a non-materialist view of mind, while 17% changed in the opposite way.

Darwinian Inheritance and the Evolution of Evolutionary Theory 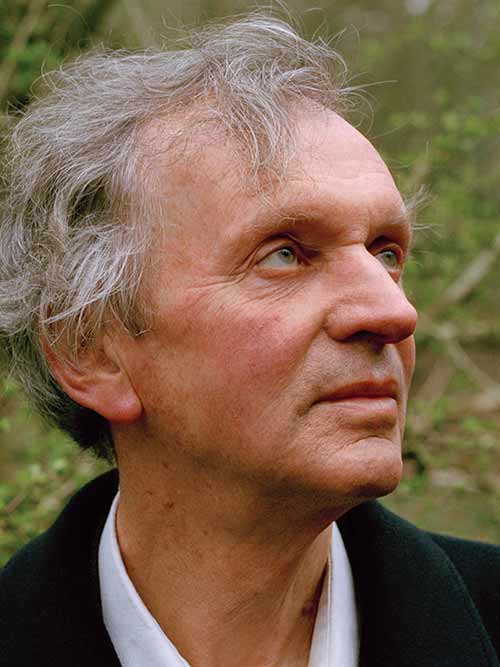 Charles Darwin was a firm believer in the inheritance of acquired characteristics. In his book The Variation of Animals and Plants Under Domestication, Darwin gave many examples of the hereditary transmission of adaptations. He also published an account in Nature about dogs with an inborn fear of butchers. Their father had a violent antipathy to butchers, probably as a result of being mistreated by one, and this fear was transmitted not only to his children but also to his grandchildren.

Darwin knew nothing of genes or random mutations, which only became part of biology in the twentieth century. He put forward his own theory of heredity in the The Variation of Animals and Plants Under Domestication, entitled ‘The Provisional Hypothesis of Pangenesis.’ In order to understand, for example, how a dog could inherit something a parent had learned, or how a plant’s descendants could inherit its adaptations to a new environment, Darwin proposed that cells all over the body threw off microscopic ‘gemmules’ which somehow entered the egg and sperm or pollen cells, transforming them to make these characteristics hereditary. 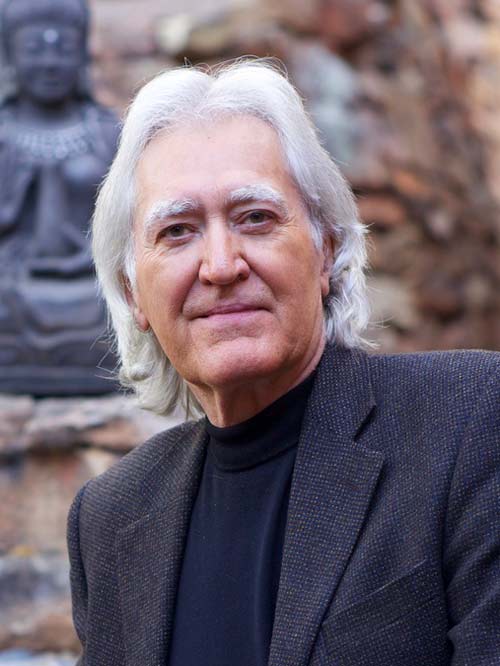 Despite the towering intellectual and technological achievements of twentieth-century science, its spell over us has been irreversibly weakened. There are at least two important reasons for this. First, scientist and layman alike have become aware of the limits and shortcomings of scientific knowledge. Second, we realize that our perpetual hunger for spiritual understanding is real and undeniable. It can neither be defined away by subtle logic, nor be satisfied by viewing the universe as sterile, mechanistic, and accidental.[1]

The most urgent issue we humans face is how we conceive ourselves — whether as complex lumps of matter guided by the so-called blind, meaningless laws of nature, or as creatures who, although physical, are also imbued with something more: consciousness, mind, will, choice, purpose, direction, meaning and spirituality, that difficult-to-define quality that says we are connected with something that transcends our individual self and ego. Every decision we make is influenced by how we answer this great question: Who are we?

Sheldrake-Shermer Dialogue on the Nature of Science

Today marks the beginning of an intriguing online dialogue between the influential biologist Rupert Sheldrake and well-known skeptic Michael Shermer, hosted by TheBestSchools.org. Remarks from each will be posted simultaneously throughout the coming three months, covering the topics of materialism in science, mental action at a distance and god and science. Opening statements on materialism in science from Rupert and Michael are now online.

After your death you will be what you were before your birth. [1]
— Arthur Schopenhauer

Birthmarks are common, occurring in up to 80 percent of infants.[2] Many fade with time, while others persist. Parents in Western cultures often refer to them as angel kisses, stork bites, or other cute terms that are intended to diminish the concern of the affected child.

There is widespread gender bias about the origins of birthmarks. In many parts of the world, they are believed related to the thoughts and actions of the mother. They are called voglie in Italian, antojos in Spanish, and wiham in Arabic, all of which translate to "wishes," because of the assumption that birthmarks are caused by unsatisfied wishes of the mother during pregnancy. For example, if a pregnant woman does not satisfy a sudden wish or craving for strawberries, it is said that the infant may bear a strawberry birthmark; if she desires wine and does not satisfy the wish, a port-wine stain birthmark may result; if the desire for coffee is not satisfied, cafe au lait spots my result.[3] In Dutch, birthmarks are called moedervlekken, in Danish modermaerke and in German Muttermal (mother-spots) because it was thought that an infant inherited the marks solely from the mother.[2] In Iranian folklore, it is said that a birthmark appears when the pregnant mother touches a part of her body during a solar eclipse.2 Some beliefs hinge on "maternal impressions" — birthmarks and birth defects appearing when an expectant mother sees something strange or experiences profound emotional shock or fear.[3]