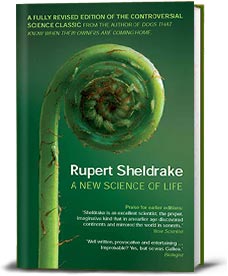 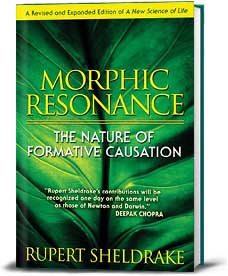 Why do many phenomena defy the explanations of conventional biology and physics? For instance, when laboratory rats in one place have learned how to navigate a new maze, why do rats elsewhere in the world seem to learn it more easily? Rupert Sheldrake describes this process as morphic resonance: the past forms and behaviors of organisms, he argues, influence organisms in the present through direct connections across time and space. Calling into question many of our fundamental concepts about life and consciousness, Sheldrake reinterprets the regularities of nature as being more like habits than immutable laws.

Excerpts from the Book

"For decades, Rupert Sheldrake has been at the leading edge of highly innovative and controversial ideas about the organization of biological systems. Morphic Resonance poses a serious challenge to traditionalists and is a most welcome book about how we see the world and how we should head off into the future."
— Marc Bekoff, author of The Emotional Lives of Animals

"As far-reaching in its implications as Darwin's theory of evolution."
— Brain/Mind Bulletin

"Books of this importance and elegance come along rarely. Those who read this new edition of A New Science of Life may do so with the satisfaction of seeing science history in the making."
— Larry Dossey, M.D., author of Recovering the Soul and Reinventing Medicine

"Sheldrake is an excellent scientist; the proper, imaginative kind that in an earlier age discovered continents and mirrored the world in sonnets."
— New Scientist