Why Materialism is Baloney 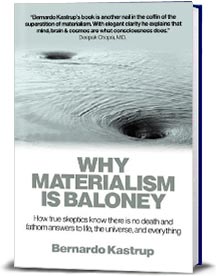 The present framing of the cultural debate in terms of materialism versus religion has allowed materialism to go unchallenged as the only rationally-viable metaphysics. This book seeks to change this. It uncovers the absurd implications of materialism and then, uniquely, presents a hard-nosed non-materialist metaphysics substantiated by skepticism, hard empirical evidence, and clear logical argumentation. It lays out a coherent framework upon which one can interpret and make sense of every natural phenomenon and physical law, as well as the modalities of human consciousness, without materialist assumptions. According to this framework, the brain is merely the image of a self-localization process of mind, analogously to how a whirlpool is the image of a self-localization process of water. The brain doesn’t generate mind in the same way that a whirlpool doesn’t generate water. It is the brain that is in mind, not mind in the brain. Physical death is merely a de-clenching of awareness. The book closes with a series of educated speculations regarding the afterlife, psychic phenomena, and other related subjects.

"Bernardo Kastrup's book is another nail in the coffin of the superstition of materialism. With elegant clarity he explains that mind, brain & cosmos are what consciousness does."
- Deepak Chopra, MD

"Bernardo Kastrup takes a bold and brilliant step in the collective movement of humanity beyond the confines of current materialism."
- Menas Kafatos, PhD

"It's important that this message is widely disseminated."
- Rupert Sheldrake, PhD 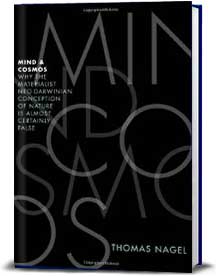 Nagel is one of the world's leading philosophers of mind. Although he is an atheist, he argues that the materialist approach to life and mind has failed to explain consciousness, intentionality, meaning and value. This failure threatens to unravel the entire naturalistic worldview in biology, evolutionary theory and cosmology. We need a new kind of science.

"An intense philosophical takedown of Neo-Darwinism and scientific materialism. It's a brave and contrarian book. Reminds me of Wittgenstein's remark: 'Even if all our scientific questions are answered, our problem is still not touched at all.'"
- E.L. Doctorow, The New York Times Book Review

The Experience of God: Being, Consciousness, Bliss 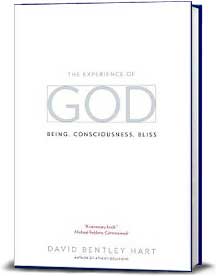 A deeply thoughtful discussion of meanings of "God" in different religious traditions - Judaism, Christianity, Hinduism, Sikhism, Islam, Taoism, Buddhism and various paganisms - showing how much they have in common, and how all of them differ from atheism. The most powerful evidence for the existence of God, Hart argues, is human experience.

"David Hart can always be relied on to offer a perspective on Christian faith that is both profound and unexpected. In this masterpiece of quiet intellectual and spiritual passion, he magnificently sets the record straight as to what sort of God Christians believe in and why."
- Rowan Williams, University of Cambridge

"David Bentley Hart's new book is a feast- stylish and substantial. Bringing together Sanskritic analyses of God's being with Latin and Greek and Arabic ones, this is a considerable achievement by one of the most distinctive voices in contemporary theology."
- Paul J. Griffiths, Duke Divinity School

Straw Dogs: Thoughts on Humans and Other Animals 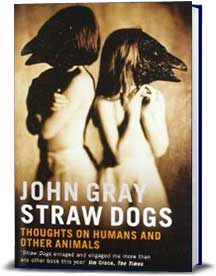 Gray, an atheist, attacks secular humanism, liberalism and Marxism, all of which he sees as Christian heresies. He argues that the Western tradition, including Platonism, Christianity and secular schools of thought take for granted that humans are radically different from other species. He paints a pessimistic picture of humanity when what he sees as illusions have been abandoned.

"There is unlikely to be a more provocative or more compelling book published this year than Straw Dogs . . . Gray is one of the most consistently interesting and unpredictable thinkers in Britain."
- Jason Cowley, The Observer (London)

"At once daunting and enthralling, Gray's remarkable new book shows us what it would be like to live without the distraction of consolations."
- Adam Phillips

The End of Materialism: How Evidence of the Paranormal is Bringing Science and Spirit Together 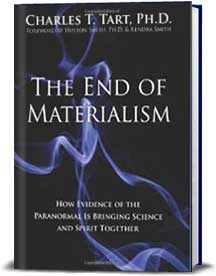 For fifty years, world-renowned transpersonal psychologist Charles Tart conducted scientific experiments at prestigious institutions such as Stanford University and the University of California, Davis, to explore the nature of paranormal phenomena. Copublished with the Institute of Noetic Sciences (IONS), The End of Materialism presents an elegant argument for the union of science and spirituality in light of this new evidence, and explains why a truly rational viewpoint must address the reality of a spiritual world.

"Can science and spirituality live together without fighting? Is it possible to be a rigorous, rational scientist, and at the same time apply the methods of science to explore spiritual ideas without automatically collapsing everything into mechanistic, materialistic, or reductionistic terms? Why is the data of parapsychology viciously and irrationally attacked by those who imagine themselves to be the defenders of rationality? These are some of the interesting questions addressed in this book."
- Dean Radin, PhD, Senior Scientist, Institute of Noetic Sciences 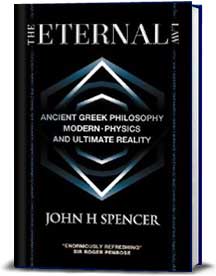 The Eternal Law takes the reader on a fascinating journey through some of the most profound questions related to our understanding of modern science. What does it mean to say that there is an eternal mathematical law underpinning all of physical reality? How must we expand our narrow conception of science to include not only logic but also intuition, consciousness, and the pursuit of beauty, symmetry, simplicity, and unity? Is truth objective, or is it nothing more than a whimsical projection of opinions? Why were many of the key founders of modern science inevitably drawn to ancient Greek philosophy? The extraordinary clarity of The Eternal Law helps to restore a sane vision of reality, while deepening our appreciation of what Einstein called 'the mysterious'.

"I found John Spencer's The Eternal Law to be enormously refreshing; for here we have someone willing to speak out forcefully in favour of Platonic ideals lying at the roots of modern science."
- Sir Roger Penrose (OM FRS), Emeritus Professor of Mathematics, University of Oxford

"This book gives a spirited defence of the continuing importance of Platonic philosophy. The author shows how Pythagorean and Platonic ideas influenced the thinking of the creators of modern science, from Kepler in the seventeenth century to the founders of quantum mechanics in the twentieth."
- Dr. Stephen M. Barr, Professor of Particle Physics, University of Delaware

"An important contribution to the philosophical and scientific exploration of the concept of reality."
- Mario Beauregard, PhD, Neuroscientist, Department of Psychology at the University of Arizona 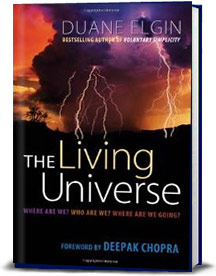 In The Living Universe, Duane Elgin marshals evidence from cosmology, biology, physics, even his participation in NASA-sponsored psychic experiments to show that the universe is actually a living field of existence and that we are always in communion with that field of aliveness whether we are conscious of it or not. This is a worldview that, as Elgin explains, is shared by virtually every spiritual tradition, and the implications of it are vast and deep. In a living system each part is integral to the whole, so each of us is intimately connected to the entire universe. Elgin eloquently demonstrates how that identity manifests itself on a whole series of levels, from subatomic to galactic. We are, he writes, far more than biological beings; we are beings of cosmic connection and dimension.

"No book describes more accurately or guides us more powerfully to the world now waiting to be born."
- Marianne Williamson, author of A Return to Love

"Vital reading for those wanting to explore and participate in the nature of reality at its most profound levels."
- Edgar Mitchell, ScD, founder, Institute of Noetic Sciences and Apollo 14 astronaut

"A masterful, potent, and luminous contribution to both human knowledge and spiritual awakening."
- Jean Houston, cofounder, Foundation for Mind Research and author of 26 books, including A Passion for the Possible

"It's all here - brilliant discoveries of contemporary science, key insights of the world's religions, and practical programs of action for bringing forth a new world."
- Brian Swimme, PhD, Professor of Cosmology, California Institute of Integral Studies, co-author, The Universe Story

"The Living Universe invites the reader into an integral worldview that matters deeply for our planetary future. Without it we are lost; with it we have the possibility of creating a viable Earth community. This is a powerful contribution to envisioning and embodying such a community."
- Mary Evelyn Tucker, Yale University, Forum on Religion and Ecology