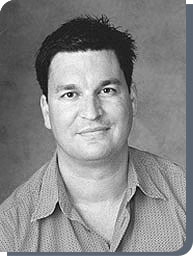 Mario Beauregard, PhD, is currently a neuroscientist affiliated with the Department of Psychology at the University of Arizona. Upon completing his BSc in psychology and his PhD in neuroscience from the University of Montreal, Dr. Beauregard earned two postdoctoral fellowships in experimental neuropsychology, the first at the University of Texas in Houston (1992-94), and the second at the Montreal Neurological Institute at the McConnell Brain Imaging Centre at McGill University (1994-96). The author of over 100 publications in neuroscience, psychology, and psychiatry, he has been selected by the World Media Net to be among the "One Hundred Pioneers of the 21st Century" due to his considerable research into the neuroscience of consciousness.

Dr Beauregard's groundbreaking work on the neurobiology of emotion and mystical experience at the University of Montreal has received extensive international media coverage, and in 2006 he was the recipient of the Joel F. Lubar award for his contribution to the field of neurotherapy. His books include The Spiritual Brain: A Neuroscientist's Case for the Existence of the Soul (2007) and Brain Wars (2012). Dr. Beauregard is a distinguished member of the Institute for Research on Extraordinary Experiences in France and the Lifeboat Foundation in the United States.