Open Question: Are galaxies shaped by electrical and magnetic forces? 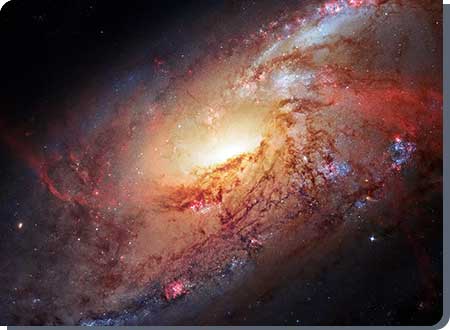 Most contemporary cosmology is based on gravitational theories, and has the disadvantage of explaining the nature of galaxies and the universe only by assuming that 96% of physical reality consists of dark matter and dark energy, whose nature is literally obscure. Some critics suggest that some of the problems of contemporary astronomy and cosmology could be solved if the contribution of huge electric currents and magnetic fields within and between galaxies were more fully taken into account.

The Electric Universe Movement organises conferences and has a website devoted to exploring these questions. One of their most shocking ideas is the proposition that the main source of energy in the sun is not coming from within it through nuclear fusion of hydrogen, as usually assumed, but rather depends on electromagnetic energy flowing through the galaxy that flows into the sun. A real-world laboratory test of the electric sun hypothesis, called the Safire Projct, is currently underway.