Open Question: Do we live in a universe or a multiverse? 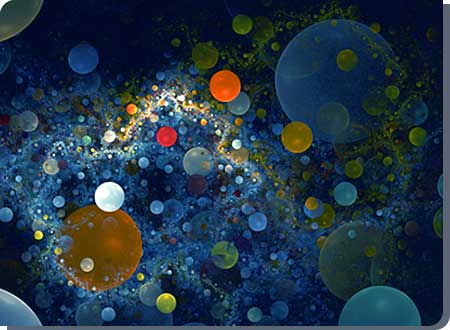 Surprisingly, many contemporary cosmologists take seriously the idea that our universe is one of a huge number of co-existing universes. There is no experimental evidence for such universes, but their possibility arises from several theories: The cosmic inflation theory, according to which new universes could be created during a rapid inflationary phase; superstring theory which is compatible with the existence of 10500 universes; and also the assumption that all the laws of nature in our universe were fixed at the moment of the Big Bang. In order to avoid the idea that these fixed laws were intelligently designed by a kind of creator god, some cosmologists prefer the multiverse to avoid this theological option. However they do not succeed in avoiding it because an infinite god could be the god of an infinite number of universes.

The debate about laws of nature has been lent a large significance through the cosmological anthropic principle, which raises the question of why the laws and constants of nature are just right for life to emerge on earth and for humans to exist, whereas if they had been even slightly different we would not be here to discuss these questions. But this whole discussion rests on the idea that the laws and constants of nature were fixed at the outset. If the laws of nature evolve, or if they are more like habits then there is no need to assume they were all fixed at the outset.

Are The Laws of Nature Fixed?


A Critique of Multiverses by George Ellis, Emeritus Professor of Applied Mathematics