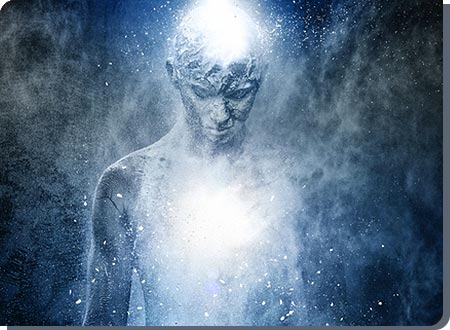 One of the principle changes in thinking brought about by the scientific revolution of the 17th century was a rejection of the idea that nature has any intrinsic purposes. Nothing worked in accordance with goals or final causes and teleology was excluded from the realm of science. However, it is undeniable that humans have purposes, and most biological phenomena are goal-directed. How is this possible? And what about the evolutionary process as a whole? The conventional assumption of neo-Darwinian evolutionary theory is that evolution takes place through a combination of chance and necessity, through blind mutations and the impersonal and unconscious forces of natural selection. This is a dogmatic assumption rather than an experimentally proven fact.

Some philosophers, like Teilhard de Chardin in his book The Phenomenon of Man, have suggested that the entire evolutionary process does indeed have a purpose and is heading towards what Chardin called the Omega Point, a kind of attractor for the evolutionary process. The palaeontologist Simon Conway Morris has suggested in his book Life's Solution that for many examples of convergent evolution suggests some underlying principles in the evolutionary process that are not accounted for by the idea of blind chance. And the philosopher Thomas Nagel, an atheist, argues in favour of what he calls natural teleology, a purposive process at work in the universe (see his book Mind And Cosmos: Why the Materialist Neo-Darwinian Conception of Nature is Almost Certainly False).