Open Question: What is the nature of consciousness? 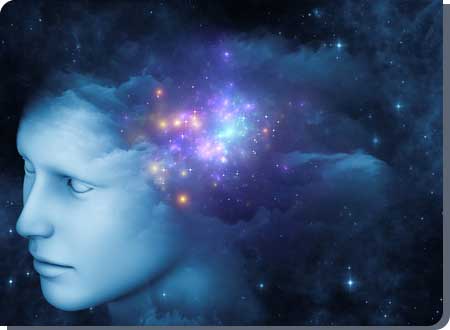 The nature of consciousness is one of the great unsolved questions for science. In the seventeenth century, the founding fathers of modern science, especially Rene Descartes, divided the world into two realms, unconscious matter, which was mechanical in nature and was intrinsically purposeless, and immaterial spirit or mind which underlay the being of God, angels and human rational minds. This view is often called Cartesian dualism.

By the end of the nineteenth century, the theory of materialism became predominant within the sciences. Materialism arose from Cartesian dualism by denying the existence of any separate realm of spirit, thus getting rid of God and angels at one stroke, and treating human consciousness as a product of the brain, or as an aspect of brain activity. The materialist view is still dominant within the academic and scientific world but is increasingly questioned. Some opponents of materialism have advocated a form of dualism, most notably the philosopher of science Karl Popper and the neuroscientist John Eccles in their book The Self And Its Brain. Others advocate panpsychism, the idea that psyche or mind is inherent not only in human brains, but in all self-organising material systems, including electrons and atoms. For example, the philosopher Galen Strawson argues for panpsychism in his influential article Realistic Monism: Why Physicalism Entails Panpsychism. The philosopher of mind Thomas Nagel argues for panpsychism in his book Mind And Cosmos: Why the Materialist Neo-Darwinian Conception of Nature is Almost Certainly False.

Meanwhile there is a lively debate on the location of the mind. The standard materialist view implies that all our experience is inside our head, including our visual experience of the world. When you look at a dog, the image of the dog is inside your skull even though it appears to be outside you. These questions have been discussed by several psychologists and philosophers including Max Velmans in his book Understanding Consciousness, Arthur Young in The Reflexive Universe and Alva Noe's book Out Of Our Heads: Why You Are Not Your Brain, And Other Lessons From the Biology of Consciousness. These questions are discussed with extensive references in Rupert Sheldrake's book The Science Delusion/Science Set Free, especially in Chapters 4 and 8. For a trenchant critique of materialist Orthodoxy, see Raymond Tallis' book Aping Mankind: Neuromania, Darwinitis And The Misrepresentation Of Humanity.